How Can We Help You Today?
(281) 972-5006
Where Lighting Ideas Turn Into Real Lighting Solutions!
Login Register
MENUMENU
LED SpotGooseneck Lighting 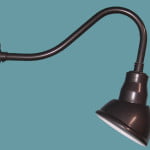 Gooseneck lighting is a nice departure from standard fixtures, and provides an aesthetically pleasing way to draw eyes to a shop’s signage. It can also be used to establish a business’s visible footprint, making it stand out among neighboring shops and storefronts. Commercial fixtures, including fixtures intended for aesthetic use, are operated continuously for many hours at a time, so fixture longevity and efficiency are major concerns. But these concerns can be answered with LED fixtures, which provide the best combination of efficiency and lifespan on the market. LEDs are also designed with a few other advantages that make them ideal for aesthetic projects. 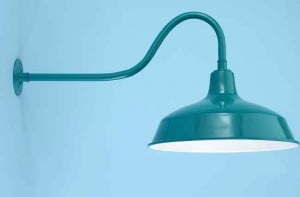 Every fixture addition, no matter how modest, will cost money, both upfront and over the fixture’s life. That’s not exactly news, but business owners have to pick their investments carefully, as no company’s coffers are bottomless. With this as an operating approach, it may seem like aesthetic fixtures are a luxury and not a priority. Nothing could be further from the truth.

A brand is only as good as its image, and when it comes to improving the image at the company’s physical location, aesthetic fixtures are a valuable tool.

Consider what gooseneck lighting can do for a shop:

Clearly, there is a lot going for aesthetic fixtures, and there are a lot of designs available on the market. From traditional and vintage, to modern and sleek, there is an aesthetic option for any type of shop. But beyond the fixture housing, shop owners have to consider what technology they are going to outfit their fixtures with. And gooseneck light fixtures using LEDs should be high on that list. Why, exactly?