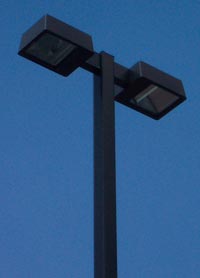 Light poles are a critical element that ever property is required to have, and every city is required to maintain. They have been around for more than a century, though they have clearly been improved upon over the years. From the unpredictable and dangerous arc lamp to the sophisticated, precise LED chips in today’s fixtures, street lamps have come a long way. But some cities and properties are still living in the past when it comes to their fixtures, and that can be a problem when trying to maintain a safe, modern space.

Incandescent, fluorescent and high discharge lamps like mercury vapor, high pressure sodium and metal halides have all had their turn as the primary form of street illumination. Most of these technologies are still in widespread use, though not necessarily in commercial and large scale fixture projects.

With the rise of LED technology, those outdated fixtures will likely be pushed further away from parking lot and property illumination projects, as LEDs provide the needed power while also offering incredible efficiency, reliability, and controllability. LEDs have one-of-a-kind properties that make them uniquely suited to street illumination, and some of them include: 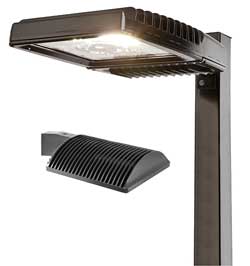 In just a decade or so, LEDs have gone from an interesting technology to dream on to a frontline option for many fixture applications. Parking lot and street light poles are two of those applications, and they won’t be the last two, if the march of LED progress is any indication.