Flood & spot lights are highly useful for a wide variety of applications, both for home and business owners. They’re so useful that anyone who owns or oversees a property stands to benefit from strategically placed lights, whether in industrial, urban, suburban, or rural environments. 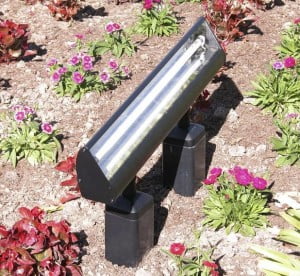 Without smart approaches to illumination, home and business owners expose their structures and—more importantly—their employees and family members to a wide variety of risks. Yet with the right lighting in place, operating with the right technology under the hood, homeowners and business owners can rest easy knowing that lighting won’t be an issue for their property.

The Importance of Illumination

Mankind has long understood that darkness can be a source of trouble. Human eyes are poorly equipped to deal with low lighting situations, easily resulting in injury for those fumbling around in the dark. Today’s illumination solutions are light years away from early attempts at a solution. One of the most important developments in illumination was the invention of flood & spot lights. The difference between the two is primarily a matter of coverage.

* Flood Lights: This type of fixture produces beams with a spread of up to 120-degrees. It produces wide and even light coverage, and is used to cover wide areas, such as yards, lawns, parking lots, warehouses, driveways, or other ranged spaces.

* Spot Lights: Spot lights produce a beam that covers a comparatively narrow area, generally restricted to 45-degrees. The benefits of using this type of illumination is control and concentration: with a spot light, highlighting a specific point is much easier, and they’re generally easier to control.

Harnessing the Power and Many Benefits of LED Technology

Sometimes something that seems like it should be in a science fiction novel steps out of the realm of fantasy and into reality. One such example is the light-emitting diode, commonly referred to as the LED. In the past, flood & spot lights were energy-consuming, using hot-burning light types that were consistently thirsty for electricity and often short-lived. Today, LED solutions are so widespread that they’re overtaking the market in just about every circumstance in which lights are needed.

The reasons for this are plentiful: LEDs use very little electricity, quality models last for decades, and they produce very little heat. With these points in mind, it’s easy to see why LEDs have taken over households, businesses, and government office across the country in what seems like a span of only a couple of years. They are available for a wide variety of applications and are more cost-effective than other options.

Whether looking for sweeping illumination or a more targeted approach, LED bulbs should be the bulb of choice for both flood & spot lights.