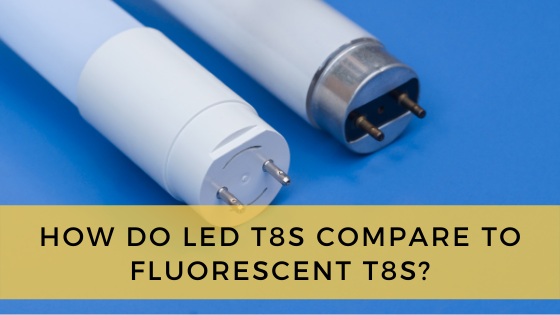 Fluorescent T8 tubes have been a lighting mainstay for decades, but the development of LED T8 linear lighting means there’s a high-performing alternative. Is this a case of new replacing obsolete technology, or is there room for both fluorescent and LED T8s? It depends on the application. There are still some settings where fluorescent tubes make sense, but LED T8s have several advantages over their older counterparts. Some of them include:

The only advantage that fluorescent lighting has is its cost. Fluorescent T8 tubes have been around for a long time and are cheap, while LED T8s are new and cost more upfront. However, the superior lifespan, efficiency and versatility of LED linear tubes can make them the more cost-effective option in the long run. There is also room for improvement in LED tube lighting and it’s likely that future generations of LED linear lighting will expand the technology’s advantages.

What Applications Are The Best Fit For LED T8 Linear Tube Lighting?

While fluorescent T8s are still useful in applications that call for a high volume of general lighting, LED T8s are starting to replace them in many settings. Some of those applications include:

For safety reasons, it’s also a good idea to consider LED T8s if there’s an increased likelihood of the fixtures experiencing breakage.

What are the different types of LED T8 tubes?

There are multiple LED T8 models on the market and some of them are ideal for retrofit applications. Labeled Type A, Type B and Type C, the primary difference between these models is how they work with existing fluorescent ballasts. Here’s a closer look at the three:

Fluorescent T8s have a long and successful history in the lighting industry, but LED T8s are catching up. In many applications they are already ahead, and as LED lighting technology improves, so will LED’s already impressive reliability, lifespan, efficiency and flexibility.