How Can We Help You Today?
(281) 972-5006
Where Lighting Ideas Turn Into Real Lighting Solutions!
Login Register
MENUMENU
LED SpotCommercial LightingSecurity Lighting Is Vital For Public Areas 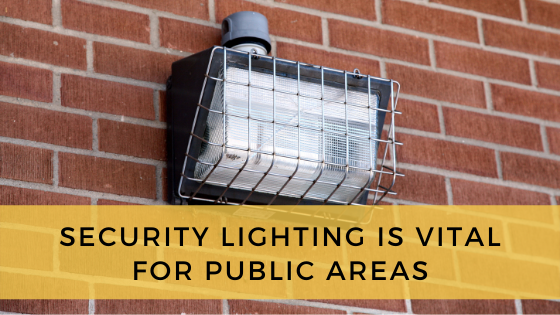 Security lighting is an essential component of public safety, and the statistics back this up. The Bureau of Justice tracks crime events in areas like parking garages and parking lots, and every year, about 10 percent of all property crimes and eight percent of all violent crimes happen in these places. The Department of Justice (DOJ) is also aware of these numbers and considers security lighting to be a primary line of defense against criminal activity.

In 1996, the department released a report in which it stated that “good lighting deters crime and produces a more secure atmosphere”. It is one of the few facility features that has been documented to reduce crime in parking facilities.”

In other words, while a lot of time has been spent researching how to make properties safer, security lighting remains one of the best layers of defense a property owner can invest in.

Professionally placed and installed security lighting is designed to make a property difficult for criminals to deal with. Criminals prefer concealment, especially in public or common areas like parking lots and apartment grounds. In these spots, there may be few places for a criminal to hide, and sufficient lighting reduces their options further. This often serves as a deterrent.

Deterrence, though, is only part of the security lighting equation. With added illumination comes greater visibility, and if people can see well into the distance they can assess potential threats long before they become an existing threat. People rely on this fact in well-lit areas, which is why illumination provides a sense of comfort. It’s also why well-lit properties are more attractive to drivers and pedestrians.

Finally, security lighting improves facial recognition efforts so if a crime does occur in an illuminated spot it will be easier for police to find the perpetrator. This is something that commercial and industrial properties rely on, which is why they pair security camera systems with high intensity, motion-activated lights.

Also, extra lighting is always helpful in a place where pedestrians and vehicles occupy the same space. Parking garages and lots require excellent visibility to prevent accidents, and security lighting can help in this regard. It’s a true multi-tool.

How can LED wall pack lighting improve security and safety?

There are several forms of security lighting, and LED wall packs are one of the staples. Wall pack lighting is called such because it is usually installed on the structure’s exterior walls. They are extremely versatile and can be placed almost everywhere as long as there is a wall there to hold it up. This makes wall pack lighting a common sight in parking lots and garages.

Aside from their versatility, why should public and common spaces consider LED wall pack lighting? There are several reasons including:

What other types of security lighting are recommended?

Wall pack lights are an important part of any security lighting system, but they are just one part. Parking lots should also be illuminated with pole-mounted fixtures, and flood lights can also provide a high intensity spot when necessary.

Ideally, a security lighting system would also rely on modern lighting controls to improve the system’s performance. Motion-activated lights, for example, trigger when someone is nearby, which can expose criminals and alert everyone nearby to their presence. Occupancy controls like motion sensors are perfect for flood lights, as their high intensity costs more energy to run over many hours. Security lighting may also be tied to timers, which can instantly switch the system on at night and off once daylight is detected.

Security lighting is one of the most cost-effective investments a property owner can make for safety. That investment should include LED wall pack fixtures, as well as pole-mounted lights and lights tied to modern controls.