How Can We Help You Today?
(281) 972-5006
Where Lighting Ideas Turn Into Real Lighting Solutions!
Login Register
MENUMENU
LED SpotCommercial LightingLED Light Automation Is Futuristic Technology Ready For The Present 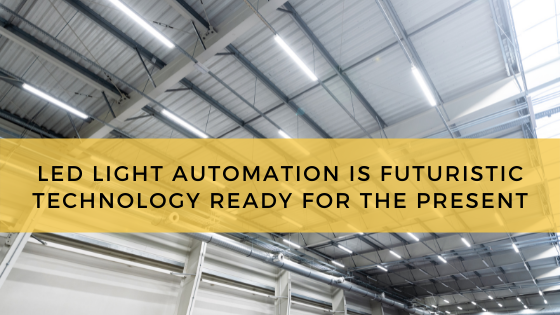 Although home automation technology has been around for decades, only recently has LED light automation become a viable solution for all home and business owners. LED engineering has improved greatly in just the last 10 years and many of the technologies required for effective lighting automation have also improved.

What Are Some Effective LED Light Automation Products?

Timers are used to define when the light’s settings should change. This could be a change in output level or when the light is switched on or off.

Dimmers can be used to make precise adjustments to the lamp’s output. Dimmers come in many forms, from tactile control knobs to programmable solutions that bring the lights up or down at predetermined times.

Unlike other forms of lighting LED lights can output a full spectrum of colors depending on the chemical substrate that powers the LED’s semiconductor. With automated color controls users can specify what colors to display at any given time.

LED Light Settings Can Be Programmed In Advance

LED light automation isn’t just effective, it’s convenient. As the term suggests light automation technology is designed to run with minimal input. Once you’ve determined what your lighting controls should be set at those preferences just need to be programmed in. Set dates, times and your lighting’s configuration and the system handles the rest.

Modern lighting controls can even be programmed from your own device. This greatly simplifies management and is particularly useful for people responsible for managing a lot of LED lighting at once.

What Are The Benefits Of Automating An LED Lighting System?

LED lighting automation can be used to switch the lights on when they are needed most for security purposes—at night. Photocells switch the lamps on when the sun is down. Timers can fill the same role. Motion sensors detect when potential intruders are nearby and switch the lights on as a warning. Lighting automation technology can also be used to power all the building’s lights on at once when someone is trespassing, and this can help law enforcement quickly respond to a potential break-in.

No other lighting technology can be controlled as well as LED, down to the aesthetic level. With color controls, for example, users can change the lighting’s appearance in one room while leaving another room untouched. With dimmers, users can set their LED lights to slowly come up in the morning or slowly taper off in the evening for comfort or aesthetic reasons.

LED lighting automation is also an effective solution for exterior applications, such as neighborhood parks and parking lots. Excess light pollution can be a problem for these settings, but automated lighting controls keep it under control. To keep nearby neighbors happy a neighborhood park could tie its LED lighting to timers that switch off when the park is closed. Dimmers, photocells and occupancy controls can also be used to control light spill in this way.

Automating your LED lighting will provide a compelling array of benefits—the kind of benefits that a residential or commercial property could benefit from.

In the home LED light automation can do it all—reduce energy expenditures, ward off potential intruders, minimize lamp replacement and provide the kind of light that people are happy with.

That means LED light automation is no longer a far off, futuristic fantasy. Instead, it’s a viable present-day option for any home or business owner that wants more from their lighting solutions.